The US website has been down for over 14hrs. You should at least let your customers know by when we can expect this back-up again...and if there are any safety issues that we need to worry about.

Re..last week's downtime: (But why is there no message on HSBC's website?)..this was from 3 January Another series of bank websites have been disrupted by distributed denial-of-service (DDOS) attacks launched by Izz ad-Din al-Qassam Cyber Fighters, as part of the fourth week of Operation Ababil 2. The latest targets are Capital One, HSBC, Fifth Third Bank and Ally Financial. The hacktivists have also once again attacked the systems of BB&T. According to Hilf-ol-Fozouol, a publication that has been monitoring the downtimes, customers of Fifth Third Bank were greeted with this message when trying to access the 53.com website: “Fifth Third Bank’s website at www.53.com is temporarily unavailable. We are working to restore the site and apologize for the inconvenience.” The following message could be read by Capital One users trying to log in to their online banking accounts: “Our site is currently unavailable. We apologize for the inconvenience and suggest that you check back later today to view your account information.” The US website of HSBC (us.hsbc.com) and the one of BB&T (bbt.com) were completely unavailable to customers for a short period of time yesterday. Ally Financial customers trying to access ally.com were provided with emergency phone numbers. In the first phase of Operation Ababil, on October 19, 2012, Ally Financial reported some unusual activity on its website. However, in an interview we had with the hackers in November, they claimed that they had nothing to do with the attack on Ally. Ally Financial isn’t on this week’s target list, but in their latest statement, Izz ad-Din al-Qassam Cyber Fighters did say that “from now on, none of the U.S. banks will be safe from our attacks.” In the meantime, the hacktivists insist that their only goal is to get the Innocence of Muslims movie removed from the web. They’ve even told US authorities to order its removal for one week as an experiment to see if the attacks against banks stop
Link to the NYTimes article: http://www.nytimes.com/2013/01/09/technology/online-banking-attacks-were-work-of-iran-us-officials-say.html?smid=pl-share 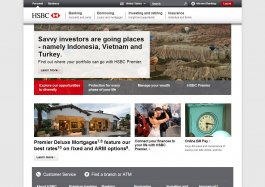