For the past two days I've spoken to 4 different PNC employees; from a teller at my local bank, to a rep from my state's (DE) PNC Hqs, and two reps at PNC HQS in Pittsburgh.  The teller at my local bank knew nothing about the website outage - which was not unexpected as far as I was concerned.  I then called Pittsburgh and was told that the outage was due to a "routine website maintenance issue", which would be resolved soon.  These calls were made on Wednesday, September 26th.

On Thursday, September 27th, when I still couldn't access a PNC website, I called the local PNC HQS branch in Newark, DE.  A very haughty woman told me that there were, "No problems with our websites."  When I pointed out that I couldn't do any online banking with PNC, she responded, "Well then, you need to get someone to come look at your computer to show you what you're doing wrong."  (In retrospect, I wish I'd asked for her name.)

My final call to Pittsburgh was on Thursday afternoon, and I spoke with "Tracy", a very friendly PNC rep.  She explained that PNC was having some issues with their websites and they were working diligently to resolve these problems.  When I asked if these problems could possibly be caused by hackers, she paused, then said, "The banking data is not being hacked or compromised, but we are experiencing a higher than usual volume at our websites."

A few hours after speaking with Tracy, I was reading about some US banks under cyber-attack.  At least Tracy was half-way honest about the problem. 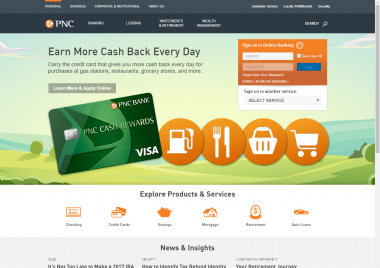