Unable to even login- for several weeks straight

For the last several days, I have experienced the the same as others have recently per this log: I attempt to login & site wants additional ID verificatio. So I provide pertinent info, system seems to accept and start to advance, but seconds later the system logs me off without confirmation of either accepting or rejecting my submission. For several weeks prior to that, I was given other excuses like my SS# is used by another account and/or my user/password/PIN# had a mismatch...Yes, I did have a TWC paid- but that was last paid in 2012!!! Subsequentl, I did utilize my profile to search jobs for a few years. I have had the same email for decades so I searched my email and last found an email from WorkinTexas.com in early 2016 saying my account had been inactivated due to no recent activity...

Before I even attempted to access my profile/acct several weeks (now months?) ago, I actually called the North Austin Workforce Solutions office for advice since I feared a possible glitch if I didn’t enter initial info in a particular way. (I had tried to call the call center numerous times unsuccessfully yet had heard in news reports that many users were having problems due to a prior claim/account/profile even though several years had elapsed.) So the rep I spoke to on the phone @North Austin WFS diligently asked me for my profile data and checked database on her end. She said it showed no active profile/acct so I should try to start online claim by requesting a new user/password etc. & there shouldn’t be any problems.

Yeah, right!!! Now months have elapsed!!!!! This is SURREAL because not once have I been able to login online. Out of hundreds- no, THOUSANDS- of phone calls to the call center only ONCE did I get a live rep!!! And what do you know- after taking my preliminary info to verify my ID, he cryptically stayed he would have to transfer me to another dept/group/queue? So I was        sent on my way with renewed hope- until the call dropped shortly thereafter without ever speaking to another human. Again, weeks have elapsed, hours of thousands of failed attempts to again talk to someone have been wasted- to no avail. Oh, and “Larry” the chatbot or whatever is of no use because in the final window where supposedly I should be able to enter my pertinent data in fields and submit through the site to request a rep call me back, that last window is inexplicably cutoff at the bottom of my phone screen so I ultimately cannot complete or submit the form!!! Are they hoping I might contract COVID-19 before I can even transmit the initial claim info??? They know I am Hispanic, broke, and surely they can surmise that the psychological and emotional distress that this has caused leaves me at risk for lowered immunity to COVID and a number of other perils that could result in my premature demise—no joke!!!

The state has known about this glitch for MONTHS now, according to media sources. They assured that it was being remedied ASAP- including having reps contact people showing up on their computerized reports as having repeated unsuccessful signin attempts. So where is my return phone call??? IS THERE ANYBODY OUT THERE???!!! 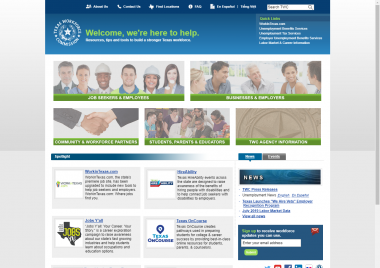